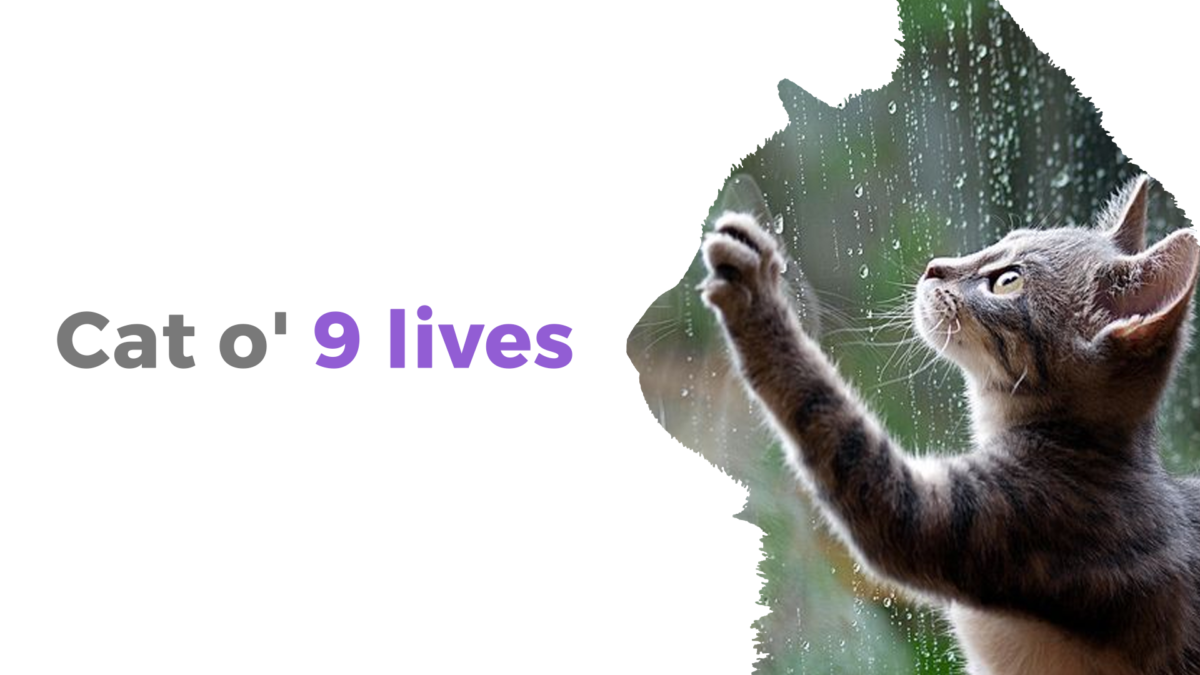 I have always wondered why cats are gifted with so many lives. My recent tryst with the species gave me the answer.

It was a cold, wet day in early June when this stray kitten came into our lives, mewing forlornly. Monsoon had just set in and in the morning when my wife opened the door it was there on the veranda, soaked to its skin…or fur. She poured some warm milk in a bowl and offered it but when she went near, it scampered away. After she went back into the house, it returned and lapped it up hungrily. It then curled up on the sofa which we had put up for the benefit of delivery boys as they waited to collect their money.

Over the next few days, by which time my wife had named him, he consolidated his position and status, demanding his rightful share of food and shelter. She treated him like a member of the family and his diet progressed from boiled eggs to Whiskas to tuna and freshly cooked chicken. She prepared a comfortable basket lined with a soft and warm mat and the kitten spent most of the day curled up in the veranda, getting up to look at her expectantly every time she opened the kitchen door. At nights he disappeared, even as we made some pretty wild guesses what nocturnal activities he might be indulging in. For the convenience and comfort of all concerned, we had taken a conscious decision not to allow him into the house.

A month after he first made his appearance, one evening as I was preparing tea, I was horrified to hear a scream and in a fleeting second saw him bolt away. I rushed out to see what in the heavens had happened and saw a ball of white fur pouncing on him. Luckily he managed to just about escape from the clutches of the neighbour’s dog and I saw him running out of the compound terrified.  When he didn’t show up the next morning, my wife went into mourning; wearing black and refused to eat or drink.

He reappeared a week later, not in the veranda this time, but in the balcony of our bedroom on the first floor. He looked bigger, stronger, more learned. How he had managed to locate this new place we had no idea, but it was a safer place for him. We marvelled at his re-incarnation and my wife happily shifted his basket upstairs. He now spent most of his time there, coming down occasionally when he got bored and needed some excitement.

The excitement soon came in the form of ‘Kali’, ugra avatar of Parvati, donning a sheen of lovely black fur, who parked herself on the sofa vacated by him.  He tried telling her ‘this is my house and you can’t be here’, but she was in no mood to listen. She was twice his size and there was nothing much he could do about it. Our man stayed put on the first floor while Kali strengthened her claim over the veranda.

One night we were rudely woken up by noises of a furious fight raging on between the two in our compound. The next morning Kali returned, looking smug and satisfied but our kitten was missing. The bereavement process this time was more subdued.

He returned after a few days, badly mauled, but he had learnt his lessons and decided to make the balcony his permanent abode.

Though legend said that he had seven more lives left, we weren’t taking any chances and Kali was permanently banished from our lives.