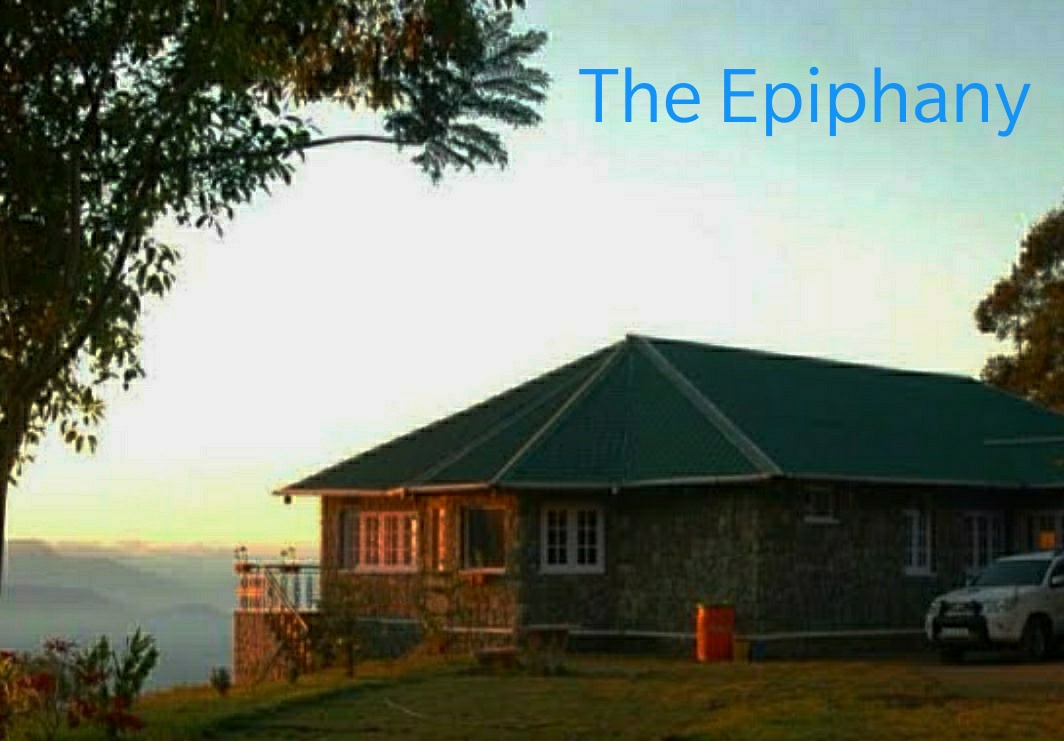 The window panes were wet from the early morning dew.

He looked out; the mist had made it difficult to appreciate the beauty of the surroundings. Last night he again had trouble falling asleep; despite the liberal dose of Scotch fortified with a Restyl. He finally had to cry himself to sleep.

He carried his coffee outside and watched the sunrise beyond the green hills. There was a comfort in the cold. He liked winter; it brought with it the numbing chill that would take the edge off his loneliness and despair. He realized that he had now experienced all of Munnar’s seasons; summer when he had his epiphany, the rainy season had just ended when he arrived, and now the beginning of the winter.

He had a ritual that kept him occupied most of the day. After his coffee, when the sun came out, he would go for a brisk walk around the plantation smelling the aroma of the tea leaves and feeling the wetness of the early morning dew on his feet. There would be no one around at this time except the night-duty watchman busy on his morning inspection.  Returning from the walk he would tend to the vegetable garden he had himself dug up where he grew tomatoes, onions, cucumber, and leafy vegetables. His study room now had books on plants and vegetables, fertilizers and seeds in addition to medicine and drugs. Tired and dirty after the gardening he showered; a tingling exhilaration, a surge of elation brought forth by the icy shower, albeit temporarily, something that a hot shower could never do.

In the kitchen he prepared breakfast; a sandwich using vegetables that he grew in his garden and watched the daily happenings around the world on the small television fitted there. He had refused to keep a cell phone and had grudgingly agreed to a landline phone just so that his family could contact him in an emergency.  The calls had reduced to a trickle. He refused to answer most calls responding only to his daughter’s and that too not more often than once a week. He did all the household chores himself, avoiding the need to interact and depend on anyone.

His outside world had now shrunk to a small clinic in the nearby village square, a half-hour drive from The Cottage; as he liked to refer to the English-style bungalow where he stayed. It was perched on a small hillock overlooking a tea plantation. It was owned by a leading surgeon in Kochi who had purchased it as an investment years ago but rarely found the time to break away from his practice to visit. With the declining demand for tea and the recurring costs of maintaining such a property, he had agreed to rent it out to him on a trial basis.

The clinic idea came on an impulse following a conversation with his daughter when he admitted to her that he had to do something to keep himself occupied. The first month had passed away quickly enough setting up, but gradually there was the realisation that there was only so much that he could do around the house to keep his mind alert. Growing vegetables helped but he found the technicalities of harvesting tea boring. He was more a coffee person. When his daughter suggested why not spread the news of his availability to see patients, the idea did not appeal to him. The Cottage was too far from the village and he did not wish to be disturbed by people coming at odd times to consult him. But a visit to the quaint village when the rains got over made him seriously consider the possibility of renting a place there to run a clinic.

Treating a handful of patients daily started giving him a sense of purpose, a meaning, a realisation of having reached out to someone despite the personal turmoil he was going through. He had treated tens of thousands of patients in the past, but the sense of fulfillment he got from treating patients in this remote village in the hills, he had never experienced before.

The clinic had become his Ikigai.*

*IKIGAI – (生き甲斐, “a reason for being”) is a Japanese concept referring to having a direction or purpose in life, providing a sense of fulfillment towards which the person may take actions, giving them satisfaction and a sense of meaning

Next…The Land of the Blue Mountains (CLICK to read)

nextLand of the Blue Mountains