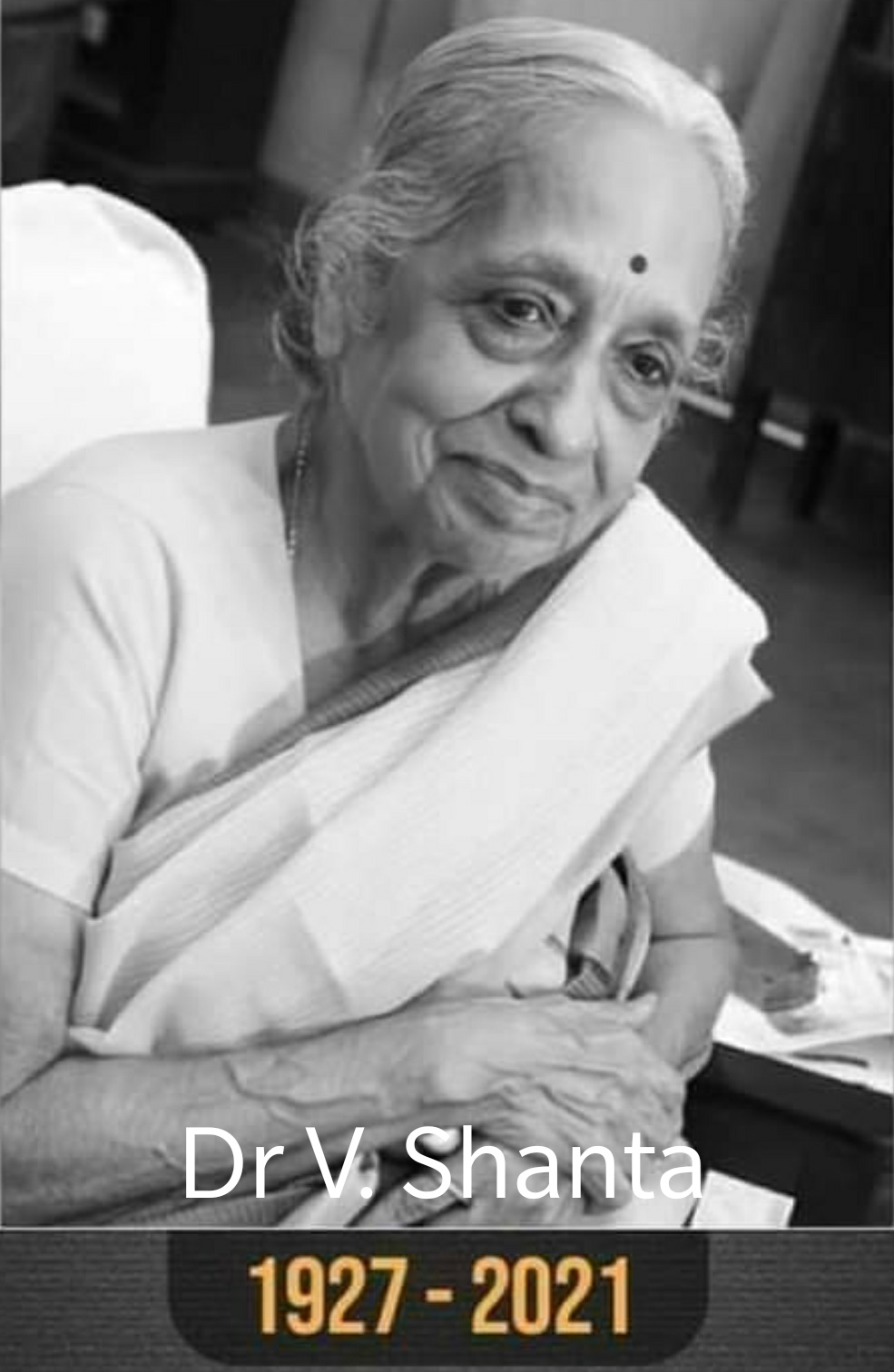 The first emotion that I went through when I read the message on our group that Dr Shanta had passed away was, ‘a single boundary shot less of a memorable century’. The feeling of gloom was only dispelled later in the day when India scripted a memorable test series victory against Australia winning the Brisbane test. As I reflected on my association with her, I realized that it was 32 years ago that I had first assisted her at surgery in the course of my brief stint at the Adyar Cancer Institute, the same number of years the Australian team was unbeaten at Brisbane before our team scripted history.

As the junior-most surgeon there, I was the third assistant for a Patey’s modified radical mastectomy. Before I scrubbed in, I was told in clear terms by my seniors that my only job was to hold steady the retractor lifting the pectoralis major muscle so that Director Madam had an unobstructed view of the field for the axillary lymph node dissection she would perform. From my ‘vantage’ position at the head of the operating table, I had no view whatsoever of what was going on, but as a fresh graduate in surgery, I was so over-awed by the occasion that I held on to the retractor for dear life and did not move a single muscle for the half-an-hour period that the retractor was handed over to me. There was pin-drop silence in the air-conditioned, spick and span room while she was operating; a big change from the hot, crowded and noisy theatre I was used to during my surgical residency days. No words were exchanged between her and assistants until the end of surgery.

I performed my responsibility with due diligence for over a few dozen mastectomies over the next couple of months until another fresh-faced surgeon joined us and I was promoted to second assistant. Only then did I watch her do a Patey’s mastectomy. The extra strength in my biceps muscle I suppose I could attribute to that stint with her.

She was methodical and meticulous in her surgeries and the only occasion that I ever saw her flustered was once while performing a Wertheim’s hysterectomy when she inadvertently nicked the common iliac vein resulting in a sudden gush of blood in the operative field. One of the senior assistants immediately suctioned the blood off and held firm pressure even as we called for help. Luckily, Dr Abraham, the micro-vascular surgeon was in the vicinity and in a single deft motion sutured the rent, miraculously stopping the bleeding. As she thanked him profusely I could not help detect a tinge of embarrassment for having put herself through the discomfiture.

The other interaction those of us from the surgical oncology department used to have with her regularly was during our night-duties in the post-operative ward. At exactly 8 pm every night, the on-duty surgeon would receive a call from her for an update on all the cases operated that day and on any other critical cases in the ward. The interaction generally lasted for just about 5 minutes and she mostly listened, only very occasionally asking a question or two. The staff nurse always stood by our side with the files of all those patients, just in case madam asked a question which you might have forgotten or missed.

Many who knew her far better than I did would probably pen a more eloquent eulogy, but what I remember best are those unspoken words that pass between a surgeon and his assistants in the silence of the operating room.
drumanathknayak@gmail.com

previousTHE YEAR OF THE PANDEMIC