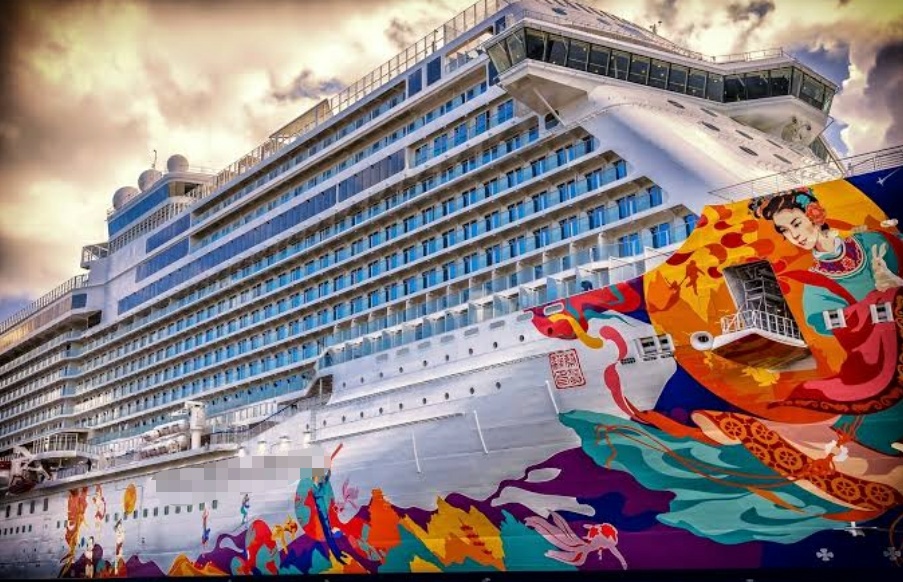 ‘Sir, I need to see your vaccine passport.’ The gentleman in the blue navy uniform at the customs and immigration desk paused while going through his passport.

He looked at the officer, irritation writ large on his face. None of the Americans or the Europeans ahead of him on the line had been questioned. He had waved them on after a cursory glance at their passports. Was he being singled out due to his nationality?

‘Do you wish me to open my briefcase and search for it?’

The officer smiled pleasantly enough. ‘Regulations sir. A soft copy from your phone will do’.

‘I do not carry a phone. I am a doctor and can assure you that I am fully vaccinated. Can’t you just let me through like the others?’

‘Sorry, but I have to ask you to produce a copy. We wouldn’t want a Diamond Princess incident, now would we? Kindly step aside while you look for it.’  He pointed at a row of empty tables on the side.

For a fleeting moment, he felt he had made a mistake by booking himself on this high-class Scandinavian liner. COVID was over and he could have traveled anywhere in the world. A few countries, including his own and the U.S., still harbored a few hundred cases, but so far in his travels, it hadn’t seemed to bother anyone.

‘A fortnight of adventure cruising along the Norwegian fjords,’ the advertisement at the Oslo Gardermoen airport had caught his attention.  He had followed a circuitous route through London and Scotland in a desperate search for a place that matched the coldness he felt in his heart.  North of the Arctic Circle – his geography told him; that is where he should be aiming at.

As he broke off the line and walked towards the empty tables a sense of panic hit him. He had no clue what a vaccine passport meant. He placed his briefcase on the table and kept staring at it, wishing that he might find it inside. He opened and searched; no papers there. That was when he noticed the laptop. Like a switch had been put on, his mind cleared.  He recalled that he had placed a digital copy on his desktop folder along with the other papers they had requested for in the booking confirmation email from Huntingroute cruises. He grunted and while waiting for the laptop to boot, looked around him.

A Chinese couple who had been in the line behind him were not questioned regarding their vaccination status. The country’s status as the world’s leading super-power, currently ahead of the US by the sheer size of its economy (COVID had ensured that!) and the unapologetic belligerence of their leaders seemed to have made the ship’s officer think twice before questioning them, lest there be an international incident. He smiled wryly at the couple and they too returned his smile. Being the only other Asians on board, he felt a bond with them.

At a distance he could see The MS Matilda, the “Millennium-class” newest Huntingroute ship docked in all its magnificence waiting for the passengers to board. It was his first time seeing a cruise liner and it was as if an opulent, extravagant building block had been placed atop a ship.  With elevators and escalators to access the eleven decks, it had staterooms and berths to accommodate a thousand guests and was served by a 90 crew-staff. The company brochure mentioned that the ship’s interior design was summer-themed; bright, colorful, Sun-inspired, with many public spaces displaying artworks made by Norwegian artists.

Beyond the ship, he could see the blue waters of the North Sea and the hazy outlines of a dozen cruise ships drifting lazily in the Bergen harbor.  He marveled at the stark contrast between the rickety boat ride on the Irrawaddy with a Rohingya boatman for company eight months ago and this luxury cruise-liner carrying a wealthy, elite crowd of Europeans & Americans…and a lone Chinese couple.

He smiled as new adventures awaited him in the Arctic.

Excerpt from Chapter 4:   A Final Waltz (Click to read the Prologue)