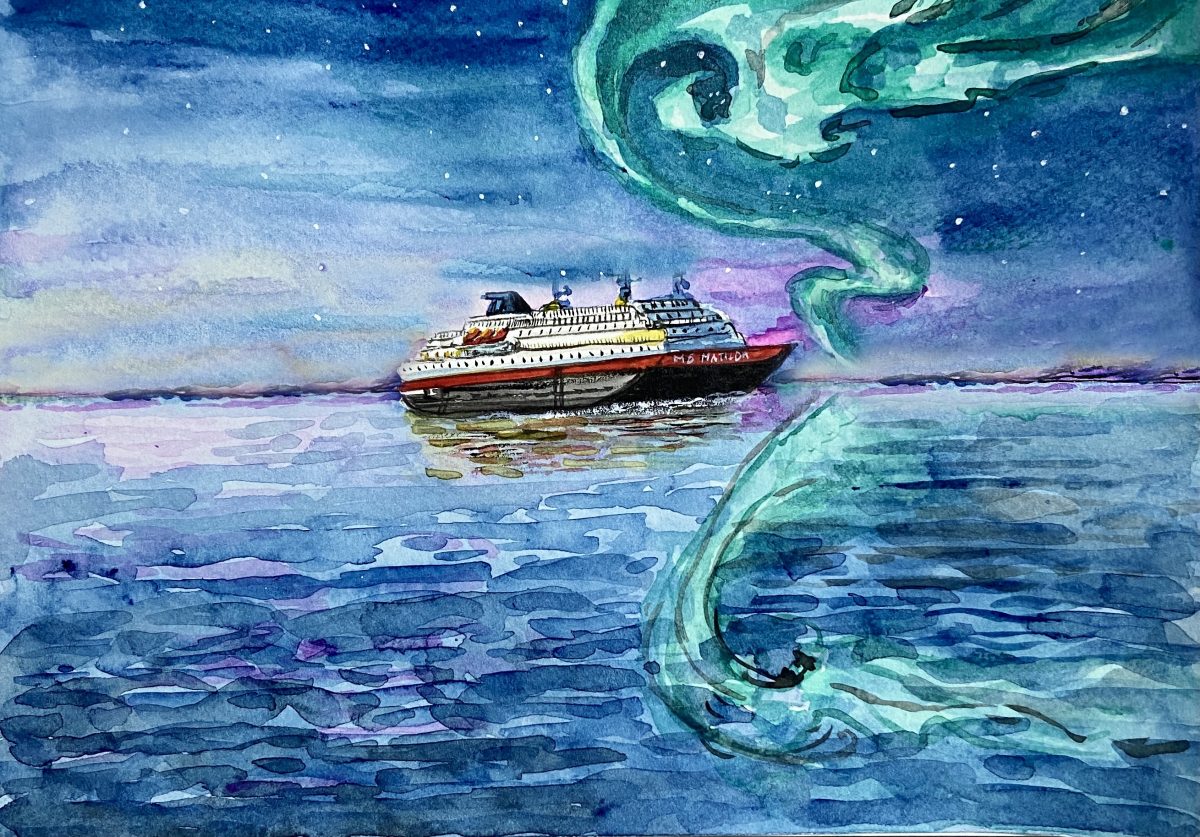 Guilt, loathing and self-doubt – the emotions kept welling up within him. He kept walking and before he even realized he was at the stern of the ship and could go no further.

He stood there staring into the swirling waters gushing in the wake of the ship. He wasn’t the first person to lose his mind; there were millions in the world like him.  Their families were taking care of them; so what was special about him!? Why was he running away from a family that loved and cared for him but now thanks to him had no idea about his whereabouts?

The wind hit him like a sledgehammer. He held on to the taffrail to stop it from being blown away and peered down. For a fleeting moment, he thought he could just pull himself up, bend over and let go. In a fraction of a second, all his troubles would be over.

But he lacked the courage.

He looked up. The stars glowed brilliantly in the clear skies. There must have been a million that night. A meteor streaked across the horizon, burning up as it entered the earth’s atmosphere. Holding on to the handrail, he lowered himself and lay down on the open deck. He was soaked to the skin, but he didn’t care. He closed his eyes and soon fell into a drunken stupor.

He woke up to noises of people shouting and screaming.  He sat up concerned that they must be shouting at him. At a distance, he could see people standing on the top of the upper deck on the foreside. He pulled himself up. There were hundreds of passengers gathered on the open deck above the bridge looking at the northern sky and pointing. Curious, he peered in the direction.

There on the edge of the distant horizon was a vivid kaleidoscope of colours; brilliantly coloured curtains of light dancing in the night sky. They were opening and closing as if to some orchestra conducted by nature. The colours ranged from greenish-blue at the level of the horizon and red and purple higher up in the sky. In spirals and colourful puffs of smoke, they seemed to move and advance into the night sky above him. But for the excited squeals from the passengers, there was complete silence all around. The ship had shut off its engines. The ocean was calm and except for the Northern Lights, the rest of the sky was in darkness.  Only the stars glowed – like the eyes of gazelles lighting up a forest night; obsequious to the panorama unfolding in front of them.

He rubbed his eyes and thought that he must be hallucinating. For a long time, he stood there transfixed. Then all of a sudden, a wisp of the Aurora started to come closer and closer to him as if possessing a life of its own. It broke, reformed and formed a circle in the sky just above him. There was something vaguely familiar.

And then he recognized… and understood.  It was a message.

He sank to the ground, mumbling a silent prayer to whoever or whatever that had shown him this path to his salvation.*

*An excerpt from A Final Waltz (click for prologue)